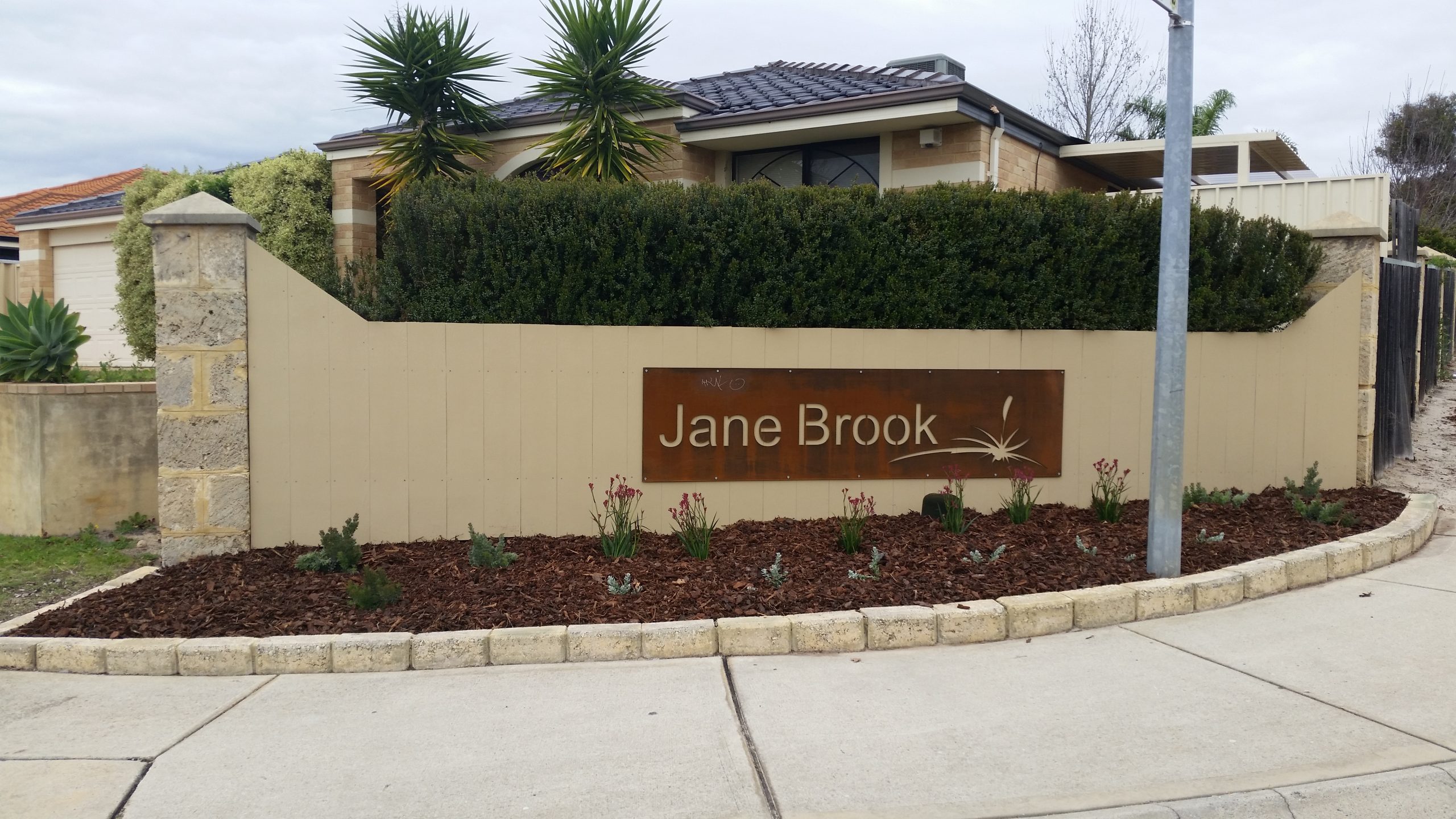 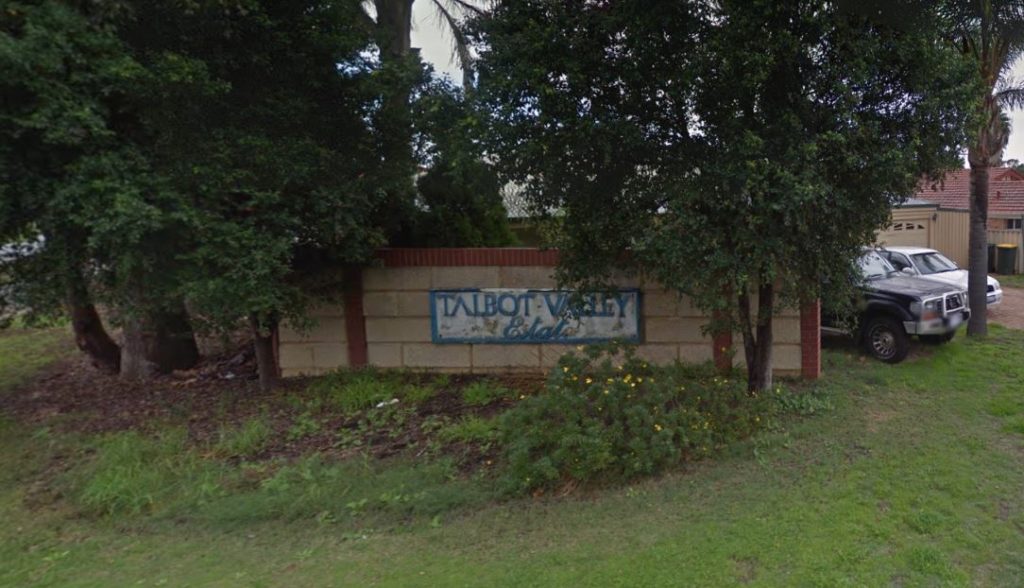 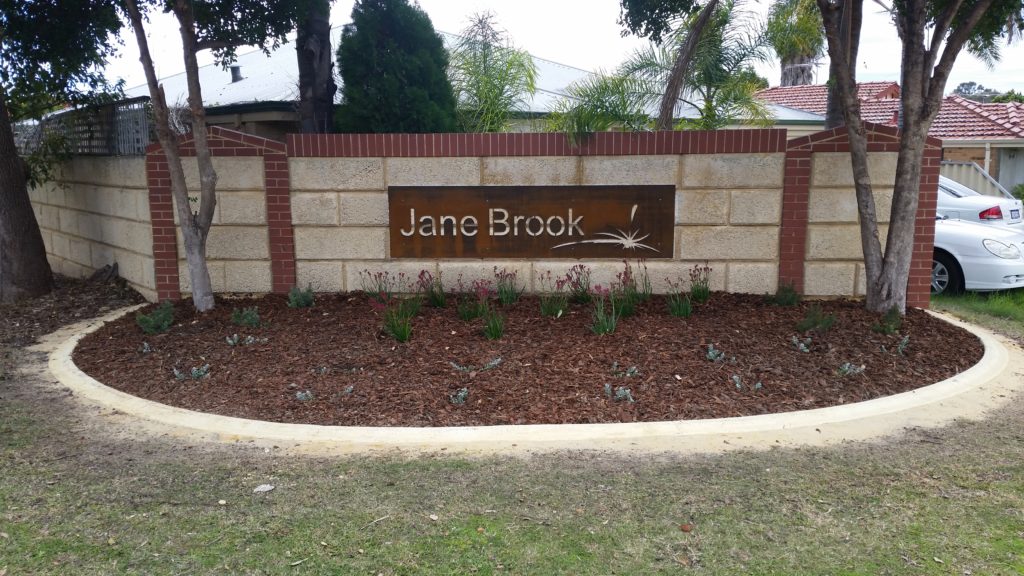 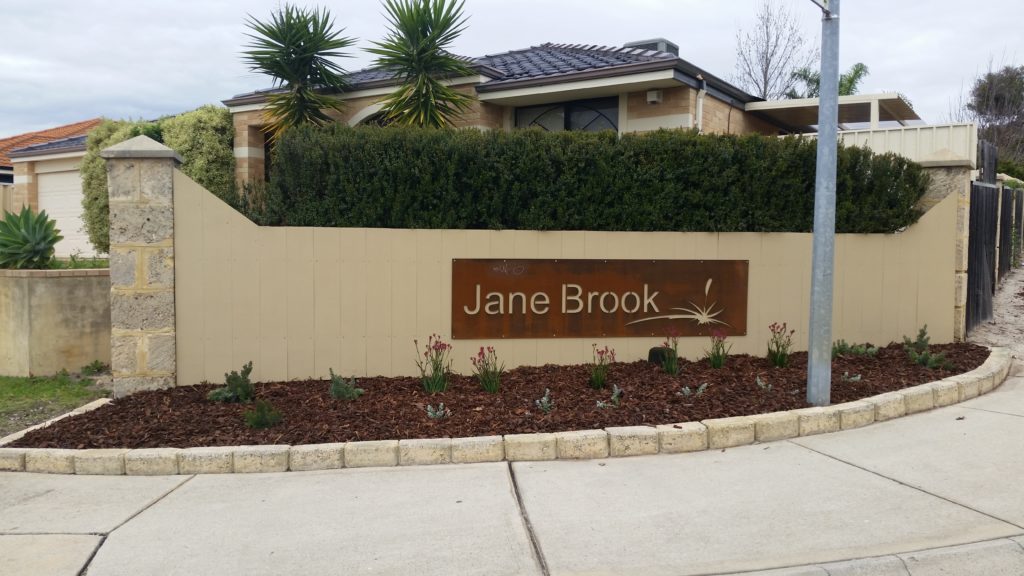 The existing suburb entry signage installed over 15 years ago by the developers at the two entrances to Jane Brook off Talbot Road onto Dongara Circle were in a state of disrepair. The timber signs at the South entrance, ‘Forrest View Estate’, had fallen off the fence a number of times and the two on the North entrance, ‘Talbot Ridge Estate’ were made of polystyrene and were crumbling off the limestone wall. It was decided by the JBCA Committee that we would fund the installation of new signage to the entry points with new ‘Jane Brook’ signs to be made of corten steel so they would stand the test of time. Fundraising commenced in 2014 and after approvals from the City of Swan and a huge amount of time and effort from our Committee member Robert the signs were installed in June 2016. The City of Swan have assisted by removing the old signage and fence, replacing the garden curbing to the beds on the North entrance, supplying the mulch and plants in the garden beds.